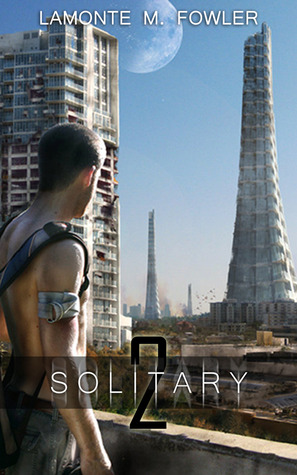 An army veteran is sentenced to 15 consecutive life terms after he assassinated a number of high-profile government figures. He is locked away in solitary confinement which, he actually prefers. He counts the days of his imprisonment by the number of times he is allowed to go outside. As the number of days continue to grow he finds it odd that everyone around him is changing but he himself remains the same.

He is not alone however. Others have noticed his inability to change; to age. Soon, the army veteran is visited by a doctor who takes numerous blood samples and then leaves abruptly. For the longest time, he does not see another doctor and things remain the same. Until one day, he is visited by a different doctor. One who puts him to sleep. When he awakes he is in an entirely new solitary confinement.

Things are different here. Here he undergoes observations and vigorous tests without any explanation. With only a computerized voice and a wealth of unimportant information at his fingertips, he goes about his days, no longer counting the days but instead just trying to stay sane. Soon, though he will learn more than he may be capable of handling. Prisoner 1776359 is about to learn the truth of himself and the world outside.

This short novella was a fast read. It was entertaining and thankfully only the beginning as Solitary 2 is now available as well. Fowler has a creative mind and uses it in this sci-fi psychodrama. I would have preferred to just read a full story and this one is too rich to be just a novella however I’ll forgive the author since he was so quickly able to produce the next installment.